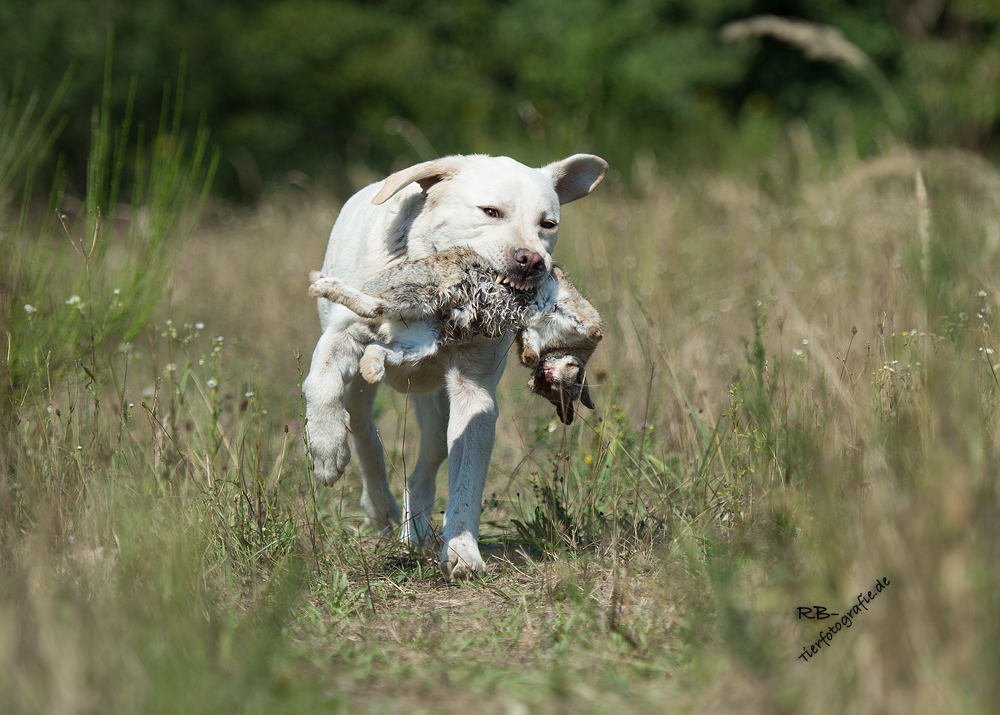 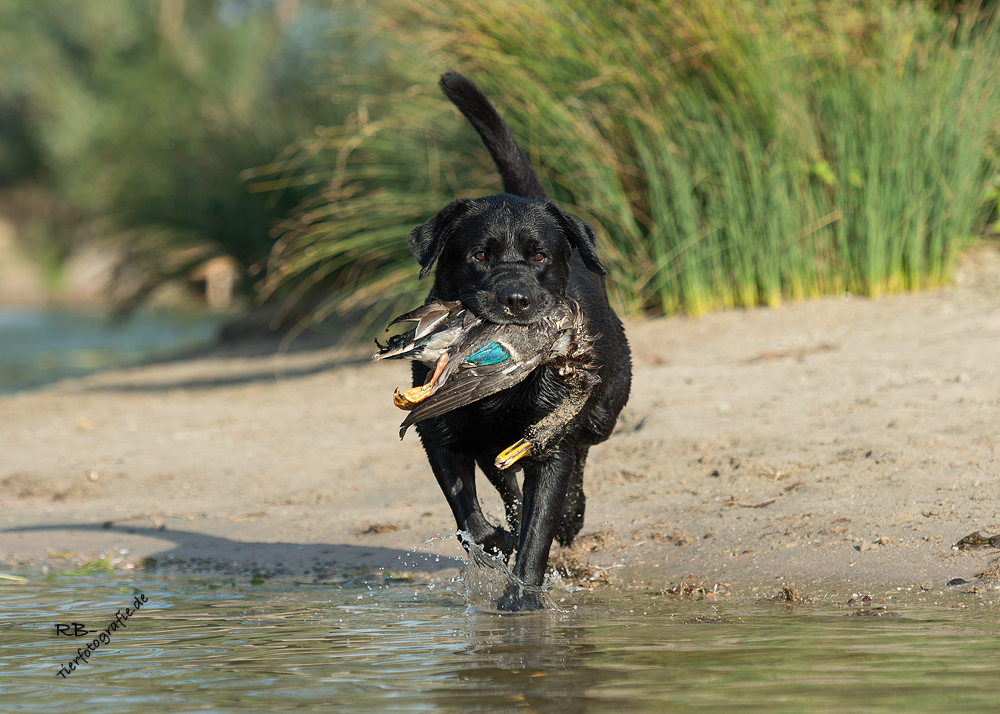 The Labrador is a hunting dog by nature. In England, it is predominantly used for work after a gunshot, especially winged game. In many cases, the German hunter has a more diverse operating range for the dog: It is, for example, assigned to blood track hoofed game – or in regards to Buschieren. This is a typical task performed before the shot, which is rather done by spaniels in England.

As a hunting dog, the Labrador’s most prominent features are its fondness of water, obedience, its good nose, stamina and its distinct willingness to retrieve. In addition to this, the Labrador is also suited for a range of other tasks. He works very well as a guide dog, a rescue dog upon catastrophes such as earthquakes, as an avalanche search dog and, last but not least, as a detection dog for the police and at customs.

Even though it’s being bred as a working dog, a great deal of the Labradors is living as a family dog nowadays. In point of fact, it has a lot of traits which make it predestinated for this. Nevertheless it is to mention that Labrador owners should never forget that their dog was bred for an active life full of tasks.

The people who don’t want to do all this, but still want to buy a Labrador, should at least incorporate a few retrieving tasks during the daily walk.