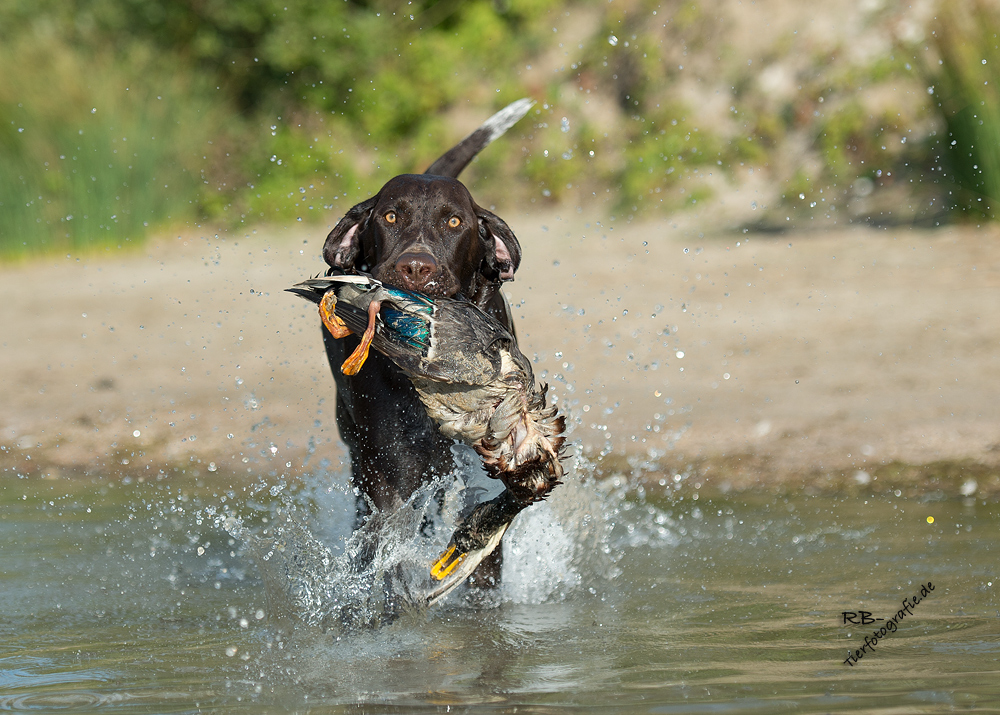 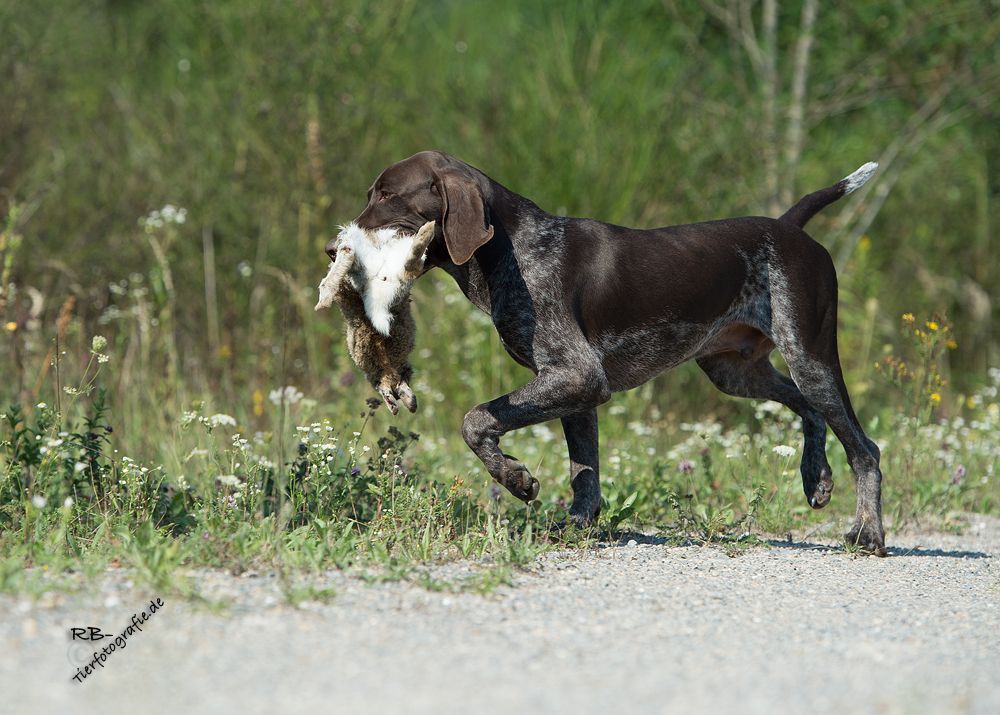 The story of the German short-haired pointer starts with the dogs which were used for hunting with nets on feathered game, especially in the Mediterranean countries and in combination with falconry. Via France, Spain and Flanders the Pointers were introduced to German courts. The most important distinctive feature of these dogs was their pointing performance. After the first double-barreled shot gun was made (1750), a pointing dog was even more required. In full sight of the dog “game birds in flight” were shot. That was the beginning of the transition from a mere pointer to a versatile gundog.

As a fundamental basis for the structure and development of the breed the “Zuchtbuch Deutsch-Kurzhaar” (Studbook) has been published in 1897. It was Prince Albrecht zu Solms-Braunfeld who compiled breed characteristics, judging rules for conformation and finally, also simple test regulations for hunting dogs.